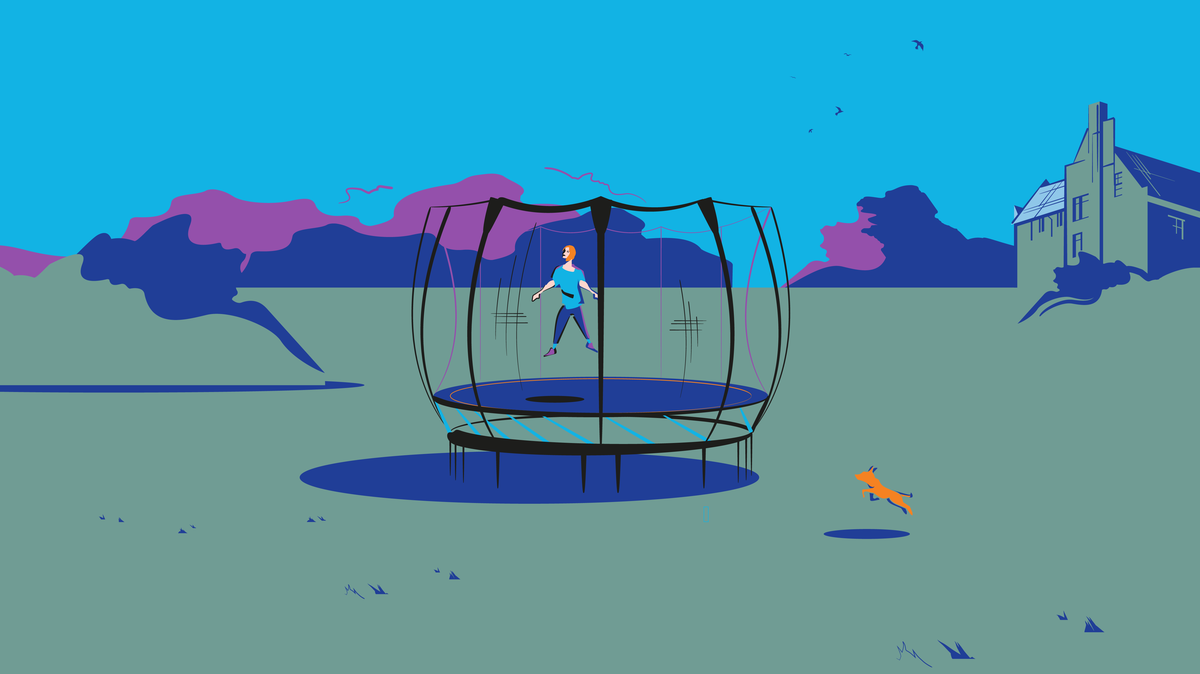 In the late 1980s, a New Zealand engineer named Keith Alexander wanted to buy a trampoline for his kids. After his wife said they were too dangerous, Keith set out to design his own—a safer trampoline, without metal springs.

He tinkered with and perfected the design over the course of a decade, but he was daunted by the challenge of bringing his invention to market; and he almost gave up. At that point Steve Holmes, a Canadian businessman, bought the patent to Keith’s trampoline, and took a big risk to commercialize it.

Since the start of the pandemic, sales of Springfree Trampolines doubled and since their launch, the company has sold nearly 500,000 trampolines worldwide.

This episode of How I Built This was produced by Casey Herman and edited by Neva Grant. Research help from James Delahoussaye. Additional support from Jeff Rogers, Rachel Faulkner, J.C. Howard, Julia Carney, Elaine Coates, Farrah Safari, Liz Metzger, Analise Ober, and Harrison Vijay Tsui. You can follow us on Twitter @HowIBuiltThis, on Instagram @HowIBuiltThisNPR and email us at hibt@npr.org.